There is a tradition of fasting in all religions and cultures of the world, and the health benefits of fasting are always mentioned. The medical world has only recently realized the benefits of fasting, as this issue has not been given much attention. Despite some people's concern that fasting can have harmful effects, scientific studies show that fasting or intermittent fasting is both safe and highly effective for health. The principles of fasting that will be explained in this section have nothing to do with religion, they only express calorie restriction for 12 to 24 hours. 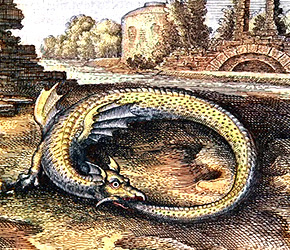 Autophagy literally means self-eating. When the cell structure is explained, the nucleus of the cell "the nucleo" and organelles such as mitochondria are mentioned. There are also Lysosomes, the scavengers of cells. The task of lysosomes is to eat aged proteins and old organelles, whose DNA has deteriorated in certain periods, to use them as energy and to make new ones in their place. So autophagy can be thought of as a spring cleaning or a recycling action. Autophagy is also the focus of anti-aging studies.

The 2016 Nobel Prize in Medicine was awarded to Japanese scientist Yoshinori Ohsumi for his work on Autophagy - recycling in cells. Following the Nobel Prize, hundreds of scientific studies on Autophagy began to be made. These studies showed that autophagy caused by not taking calories for a certain period of time, calorie restriction or fasting, has a role in the prevention and even treatment of some diseases such as diabetes, cardiovascular diseases, Alzheimer's, Parkinson's disease.

When intermittent fasting first came to the fore, it was a difficult concept for people to understand and accept because it was contrary to what had been said about nutrition up to that point. Today, this concept, which has a very strong scientific basis, is increasingly accepted by the scientific community, is the subject of intense scientific research, and a new benefit emerges every day.

Intermittent fasting is not a diet or weight loss program, it is a natural and necessary mechanism of metabolism. Eating 3 meals a day and eating snacks 3-4 times a day is not natural and can often be harmful. Hunger is as important as satiety for human metabolism. Living things are metabolically adapted to starve from time to time, this is in human genetics. Metabolism has the ability to use the fasting period in its favor.

To summarize, when calories are not taken for a certain period of time,
- There is a healthy drop in blood sugar,
- blood insulin level drops,
- Insulin resistance decreases,
- In case of not consuming calories for more than 14 hours, the metabolism switches to "fat burning" mode. It starts to burn triglycerides first in the blood and then stored fat in the liver and elsewhere,
- Sirtuin genes are activated and somatotropin, the "youth hormone" is secreted,
- Most importantly, autophagy begins in our cells if we do not consume calories for more than 14 hours. 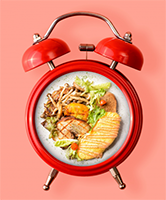 To start the autophagy, which is the subject of the Nobel Prize, it is necessary to fast for a certain period of time, from time to time.

Detailed reading:
Safety, health improvement and well-being during a 4 to 21 day fasting period in an observational study
Fasting therapi for treating and preventing disease current state of evidence

The 10 very important benefits of intermittent fasting can be listed as follows:

1- Weight Control: Although the most important effect of intermittent fasting is its metabolism-regulating and normalizing effect, the part that people are most interested in is the part about losing weight. Although this is not actually the goal, weight loss can be achieved in a very natural and healthy way at the end of intermittent fasting period.

Detailed reading: The role of intermittent fasting and meal timing in weight management and metabolic health

2- Insulin Resistance and Diabetes: As a result of not consuming calories for a certain period of time, there is a healthy decrease in blood sugar and parallel to this, the level of insulin in the blood decreases. The net result of this is that insulin resistance begins to break down. If this practice is continued for a while, significant improvements are seen in insulin resistance. The decrease in fat in the liver and tissues with the onset of weight loss is another factor that improves insulin resistance. This is true not only for those with insulin resistance, but also for diabetics. As a result of the application of intermittent fasting for a certain period of time, it was observed that there were serious regressions in the severity of diabetes.

3- Fatty Liver: Fatty liver is a very common condition in modern societies. It is a very important risk factor for many diseases from diabetes to liver cirrhosis, from cardiovascular diseases to cancer. In a very interesting study conducted among people aged 35 to 45 and whose weight seems normal, randomly collected from the street in the United States, 35 percent of these people were found to have fatty liver and insulin resistance without realizing it. It has been observed that when the metabolism enters the fat burning mode with the application of intermittent fasting, the fat in the liver begins to regress rapidly.

4- Inflammation: One of the most interesting features of fasting is its ability to suppress inflammation. Inflammation is one of the most important risk factors for many diseases, from cancers to heart disease. Fasting is effective by activating the natural antioxidant protection systems of metabolism. Scientific studies show that fasting significantly reduces inflammation indicators such as CRP (C-reactive protein) and IL 6 (Interleukin-6) in the blood.

Detailed reading: Intermittent fasting for the prevention of cardiovascular disease

6- Blood Pressure: The blood pressure balancing feature of fasting has only just begun to be understood. Significant normalizations in blood pressure are observed in most of the patients who are included in the intermittent fasting program due to obesity and diabetes. This balancing and normalization in blood pressure is attributed to the removal of the load on the heart with weight loss, the elimination of the negative effect of sugar on the vessels with the decrease in blood sugar, the increase in the synthesis of nitric oxide in the vessels with the suppression of inflammation, rather than the direct effect of fasting. 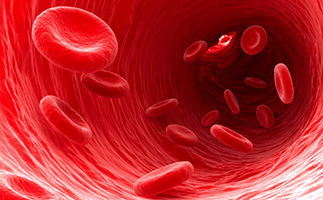 7- Anti-Aging: The most important effect of fasting is autophagy. Thanks to autophagy, obsolete proteins and organelles with damaged DNA are eaten and destroyed, used as energy and replaced with new ones. The rejuvenation of cells is also reflected in the organs and the whole body. As a result of autophagy, significant pauses are observed in the progression of chronic diseases. Autophagy is also in the focus of scientific studies on anti-aging in general.

Detailed reading: The Effects of Calorie Restriction on Autophagy: Role on Aging Intervention

8- Brain Health: The ability of fasting to balance sugar and cholesterol metabolisms, and its ability to suppress inflammation are reflected in the brain as well as in all organs. However, fasting has an effect on the brain, which is the most important of all. After a certain period of fasting, a very important substance, the Brain Drive Neurotropic Factor, abbreviated as BDNF, begins to be secreted in the brain. BDNF is a substance that directly affects the health of brain cells, has very important functions on the regeneration of brain cells, and also regulates the energy metabolism of brain cells. It is thought that the secretion of Brain Drive Neutropic Factor provides protection against chronic diseases such as Parkinson's, Alzheimer's, and Epilepsy. 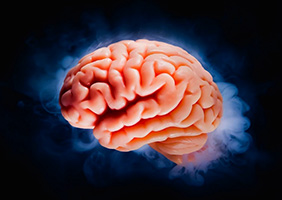 9- Protection from Cancer: One of the newly understood features of intermittent fasting is that it protects against cancer. Scientific studies have shown that there is an increase in the level of a number of substances called anticancer protoene in the blood, in fasting applications exceeding four weeks. These substances slow down the reproduction of cancer cells and increase their sensitivity to chemotherapy. 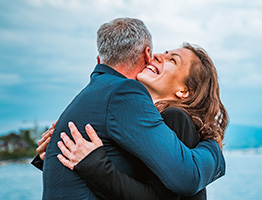 In summary, intermittent fasting is a natural and extraordinarily beneficial practice with multiple effects. Intermittent fasting can be applied in many different ways, one practice is to not eat anything from morning to evening, similar to religious fasts, but unlike religious fasting, it is free to drink water and unsweetened tea and coffee during fasting hours. A different practice is the practice of alternate-day fasting. In this practice, nothing is eaten except a soup and a salad that creates 250-300 calories for 24 hours a day, but a normal meal is eaten the next day. The most difficult part of these two types of fasting is the feeling of hunger because nothing is eaten during the day. 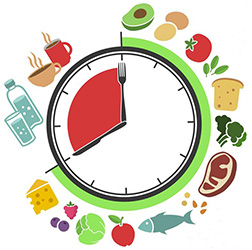 The third application is the 8-16 application, in which nothing is eaten after eight in the evening, the first meal is eaten at 12 noon the next day. In this way, 16 hours of calories are not taken, and the period of fasting is only four hours, from eight in the morning to 12. It is extremely easy to implement. During this fasting period, water, tea and coffee can be drunk without sugar.

Intermittent fasting is not a new, trendy diet or a weight loss program. It is a natural, necessary and extremely beneficial application for metabolism.

While Fasting or Intermittent Fasting, boost your Nitric Oxide, Antioxidants and Omega 3 levels with Wellness Triangle, and regulate your Intestinal Flora with ReStore an innovative probiotic blend designed to organize your digestion. These supports will Prevent Cell Deformation, Protect Metabolism Health, and Prolong your Life Span (You will easily notice the changes on your body, but better is to get a blood test at the beginning of the cure, and preferably after three months of regular use, get a new blood test, and see all the regenerations on the results).