GLUTEN, IS IT THE CAUSE OF CELIAC DISEASE?

What is Gluten? Is Gluten in every food and harmful for health? Is Gluten the cause of Celiac Disease or NCGS?

Gluten is a protein found in grains. The purpose and function of gluten is to provide a food source for the development of the wheat plant. 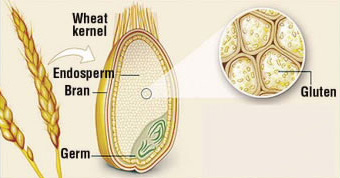 Celiac Disease comes to mind when gluten is mentioned. Celiac disease is an extreme allergic reaction of our metabolism and immune system to gluten in grains, more precisely, it is an autoimmune disease caused by this reaction. Celiac disease is more common in people who carry the HLA gene. 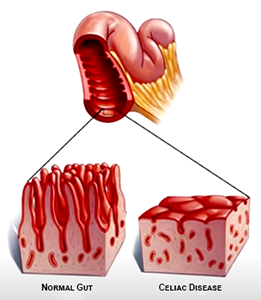 Apart from that, as with any autoimmune disease, this reaction causes a general inflammation throughout the body and produces the symptoms listed below.

Celiac disease damages the digestive system, especially the small intestine. As we have explained before, the immune system misses its target, develops antibodies against its own digestive system tissues, and attacks the structures called Villus that allow the absorption of nutrients, causing serious damage and devastation especially in the small intestines. As a result, typical symptoms of Celiac patients are seen when they encounter gluten. 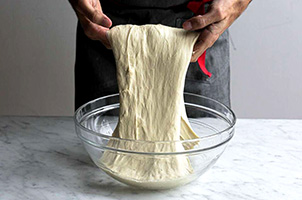 1- Is gluten a substance that has a harmful effect on normal people? Hundreds of scientific studies on this subject have confirmed that gluten is not harmful to healthy people. In a study conducted at Harvard University in 2015, an article was published in the form of a summary and commentary of all the studies carried out to date, and it was determined that gluten is not harmful in healthy people, but that a long-term gluten-free diet harms the digestive system and especially the beneficial probiotic bacteria in the intestines. 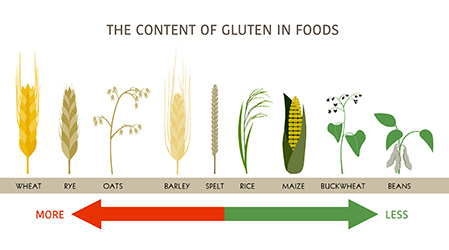 Detailed reading:
Ditch the gluten, improve your health?,
Effects of a gluten-free diet on gut microbiota and immune function in healthy adult humans

2- Is there such a thing as gluten sensitivity? In recent years, there has been a significant increase in the number of people who experience Celiac-like ailments in people who consume Gluten-containing foods. This increase has been so great that the medical world has felt the need to give it a name. In short, the situation called Gluten Sensitivity (Non Celiac Gluten Sensitivity) is now being seriously studied and discussed by the scientific community. 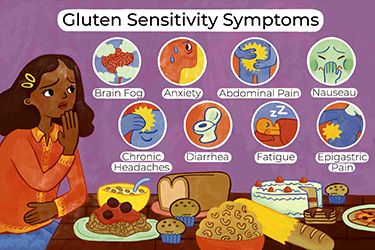 What makes this issue more complicated is that there is no Hematological or Biochemical test to confirm this in people with Non Celiac Gluten Sensitivity (NCGS). Likewise, when bowel biopsy is performed in these individuals, pathological findings similar to celiac disease are not observed. So Non Celiac Gluten Sensitivity complaints are simply based on the statement that people experience Celiac-like ailments when they eat gluten-containing foods. In scientific studies conducted in the USA on patients with Non Celiac Gluten Sensitivity, 82% of patients said that they felt uncomfortable even when they ate gluten-containing or gluten-free food (placebo). However, only 18% of patients actually experienced discomfort after eating gluten-containing foods.

There are other factors that complicate matters further.
- Wheat Allergy,
- Spastic Colon,
- Irritable Bowel Syndrome,
diseases show the same symptoms as Gluten Sensitivity but they are totally different issues. 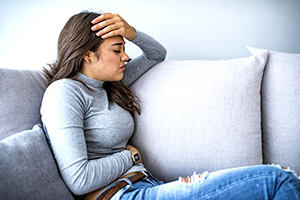 When a person complains of Gas, Abdominal Pain, Diarrhea, Constipation, and similar ailments, it is unlikely to know exactly whether they are due to Gluten. In the tests performed on this subject, it is understood that only 10-20% of the patients are really sensitive to gluten.

FODMAP Substances found in:
- Fructan: In Cereals and Onions-Garlic,
- Lactose: In Milk and Dairy Products,
- Fructose: In Fruit and Honey,
- Galatan: In Pulses Foods,
- Polyol: In Fruits.

These substances produce symptoms similar to gluten sensitivity. If a person is confident that FODMAP-containing foods are irritating, a diet poor in these substances can help reduce the ailments. 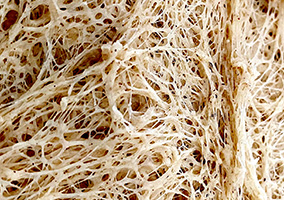 Gluten is a substance that does not harm health and does not cause any problems in people with a normal digestive system, this issue has been confirmed by hundreds of scientific studies.

Is Gluten Sensitivity a disease? Unfortunately, there are no tests to definitively define this ailment. Only the statements of people who are uncomfortable with eating Gluten-containing food are taken into account. For this reason, the issue of Gluten Sensitivity is approached more carefully and studies are continuing. 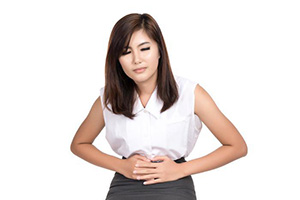 In the last 5-10 years, after the emergence of the Gluten Free fashion, a new industry of Gluten-free foods has developed, especially in the United States, with a business volume of 6-7 billion dollars per year. Controversies over Gluten fuel this industry. 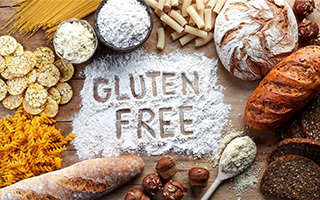 There is no doubt that Gluten Sensitivity has increased over the past 5 years. But parallel to this, there is a serious increase in auto-immune diseases. Again, 40 years ago, Hashimoto's Disease, which is an auto-immune disease that affects the thyroid and is encountered in one in a million, has started to be seen at a serious rate in the last 10-15 years in patients with diseases such as obesity, heart disease, blood pressure and diabetes, especially in women. Another example is the massive increase in childhood allergies. Such as allergy to cat-dog hair, allergy to flower pollen...

Again, 30-40 years ago, childhood allergies were very rare, especially in America, for example the peanut butter jelly sandwich, which has been the standard breakfast or lunch of children for decades, has disappeared, and peanut allergy has become a mind-blowing epidemic. For 50 years, 100 years, people have eaten peanuts without any problems, but in the last 10-15 years, very serious, fatal cases of peanut allergy have emerged.

Again, in the last 10-15 years, the cases of autism have increased greatly. 20-25 years ago, movies like Rain Man were made when autism was rarely seen. Today, an autism patient is found in almost every family or relative.

The main reason for all this may be the deterioration in the immune system in the last 10 years. When it is out of balance, the immune system can do unpredictable things, go off target, develop antibodies against thyroid tissue or intestinal tissue, create allergies and cause diseases... 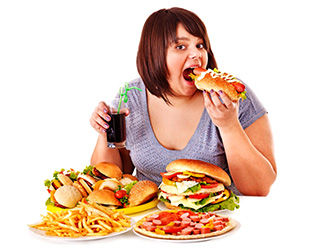 
In order to regain your Intestinal Flora's bacteria health try this innovative probiotic, gluten free blend ReStore, and also boost your Nitric Oxide, Antioxidants and Omega 3 levels with Wellness Triangle, this strong support will Prevent Cell Deformation, Protect Metabolism Health, and Prolong your Life Span (You will easily notice the changes on your body, but better is to get a blood test at the beginning of the cure, and preferably after three months of regular use, get a new blood test, and see all the regenerations on the results).

Wellness Triangle is a complete and gluten free support, unique in the world, that provides a healthy life with the regular use of only 3 products, learn more.
Take action today, improve your health, enhance your life quality... tomorrow may be too late!