- What is the Life Molecule?
- Why Antioxidants are vital?
- Everything about Omega 3
- Why do we need Collagen?
- Ways to Delay Aging
- Is Vegetarian or Vegan Diet Healthy?
- Natural cure of Erectile Dysfunction
- Using NO for ED Treatment
- Easy Weight Loss and Autophagy
- Diet Facts: Calorie Count
- Excess Weight, Obesity Treatment
- Fasting, Partial Fasting, Autophagy
- Insulin Resistance Treatment
- Is Diabetes Reversible?
- How to Speed Up Metabolism?
- Importance of Healthy Guts
- Lowering Cholesterol - Statins
- Acute and Chronic Inflammation
- Hypertension the Silent Killer
- Chronic Fatigue
- Good Sleep Habits
- Is Breakfast Necessary?
- What is Gluten?
- Meat and Eggs, Friend or Foe?
- Cheese, Yogurt and Kefir
- Salt, Sugar and Bread
- Why Cold Water is Healthy?
- About the Author
- About Our Doctor
- Sitemap

TYPES AND FEATURES OF VEGETARIAN DIETS

The literal meaning of vegetarian is one who eats herbs or vegetables. In practice, it means that he does not eat meat. Vegetarianism is very common around the world, about 6% of the world's population is vegetarian, which means about 500 - 600 million people. Vegetarianism reaches 25-30% in India and East Asian countries, it is around 6% in European countries and this trend is increasing.

The main reasons for being a vegetarian are religious, ethical and cultural values. In India and East Asia, people do not eat meat for religious and cultural reasons. In America and Europe, the main reason for being vegetarian is ethical values. These people do not eat meat because they are against killing animals for food. Especially in the last 10-15 years, in the food industry, raising animals in bad conditions and brutally killing them has led to an increase in the preference to become vegetarian. 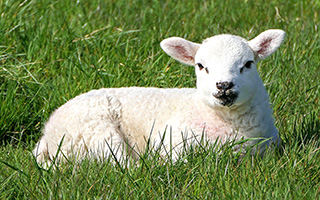 In fact, if people had to kill animals themselves to eat meat, the rate of vegetarianism would be over 90%!

Another important reason is health problems. Research results in recent years have shown that there is no parallelism between animal protein consumption and human health. Consumption of animal protein is not good for many diseases, especially cancers and cardiovascular diseases. For this reason, most people prefer a vegetarian diet.

There are various degrees of vegetarianism, but the most radical of which is being Vegan. In addition to not eating meat, fish and animal foods, vegans do not consume any animal products such as milk, cheese, eggs... This is the most difficult choice to implement. 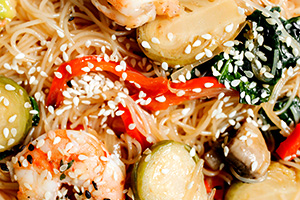 The meaningful description given by vegans is to boycott the use and exploitation of sentient creatures in many areas such as not using them in any sense, not eating, drinking, not wearing, not going to places where they are used as entertainment.

It was determined that vegan nutrition increased the youth hormone. Studies show that it is beneficial to be a Lamb, not a Lion, from a certain age. Many body functions find the opportunity to work more easily, especially the amount of Pro-hormone DHEA, which is secreted from the adrenal glands and known as the mother of hormones, increases. Therefore, eating more fruits, nuts and vegetables also means staying young longer.

Lacto-Ovo vegetarianism is the most common and easiest method in the world. These vegetarians do not eat meat and fish, but do consume milk and eggs.

Another form of vegetarianism is Pescatarianism. Pescatarians do not eat meat, but occasionally eat fish and consume animal foods for their animal protein needs. 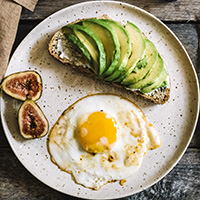 An increasing approach lately is Semi-Vegetarianism or Flexitarianism. Flexible vegetarianism! These people minimize their meat and fish consumption, eat meat or fish once or twice a week, and mostly prefer a plant-based diet for health reasons.

The most curious issue about vegetarianism is whether people who choose this nutrition system can be healthy without animal protein, which is an important issue. However, people's need for animal protein is less than it is thought. Especially when the childhood and adolescence periods end, the animal protein needs of people drop dramatically. In addition, since most vegetarians are Lacto-Ovo vegetarians, they can get animal protein from products such as eggs and cheese. There are Olympic athletes or bodybuilders who are vegetarian. 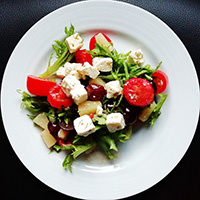 When asked whether it is healthier to be a vegetarian, scientific studies say Yes. The reason for this is that vegetarians have lower cholesterol and are less likely to suffer from diabetes, obesity and cardiovascular diseases due to their low consumption of animal protein and animal food. The fact that vegetarians are healthier than people who choose a non-vegetarian diet is probably because they are more educated, avoid bad habits, especially do not smoke, and lead a more active life.

The followers of the Seventh Day Advantists, who live in the state of California in the United States, believe that the human body is a reflection of God. These people do not smoke or drink alcohol, eat healthily, and follow a vegetarian diet based on the biblical "God gave you plants, fruits and seeds to feed on". Studies conducted on this closed group have shown that they live 10-15 years longer than the American average and are free from many diseases.

The disadvantages of vegetarianism are that, since they do not receive animal protein and animal food, they lack Vitamin B 12 and Iron, which are almost entirely found in animal foods. Anemia is often seen in these people. In addition, especially vegetarians who do not eat fish, animal Omega 3 deficiency is seen. These deficiencies are more serious in Vegans, the strictest form of vegetarianism. 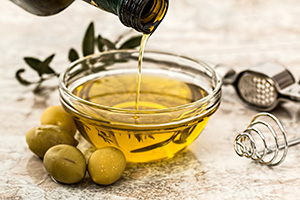 Detailed reading:
The long-term health of vegetarians and vegans
Vegetarian diets and risk of hospitalisation or death with diabetes in British adults: results from the EPIC-Oxford study

In conclusion, the answer to the question "Is it healthier to be vegetarian?" is generally yes. However, being a vegetarian requires a special effort and discipline. Semi-Vegetarianism is the method that will adapt more easily to people who have difficulties by choosing this diet.


No matter which Diet you select boost your Nitric Oxide level with Nitro FX or Nitro Plus or Xtreme, Antioxidant level with Sunrise, and Omega 3 level (for vegetarians who can eat fish) with Sunset, these strong supports will Prevent Cell Deformation, Protect Metabolism Health, and Prolong your Life Span (You will easily notice the changes on your body, but better is to get a blood test at the beginning of the cure, and preferably after three months of regular use, get a new blood test, and see all the regenerations on the results).

New topics are constantly being added, please visit often - About the Author