MEAT AND EGGS, HEALTHY OR HARMFUL?

Meat and Eggs, Friend or Foe?

Human beings are in the group of "Omnivores", multi-feeding creatures, they have the ability to eat and digest both animal and plant foods. This feature is one of the most important reasons for human evolutionary success, and the other is, of course, intelligence.

Creatures such as sheep, goats and horses are "Herbivores", grass-eating creatures. These creatures have the ability to eat and digest only plant foods.

Animals such as lions, tigers and wolves are "Carnivores", they only feed on animal foods and can digest them. The metabolisms of both herbivores and carnivores are adapted to this type of nutrition. 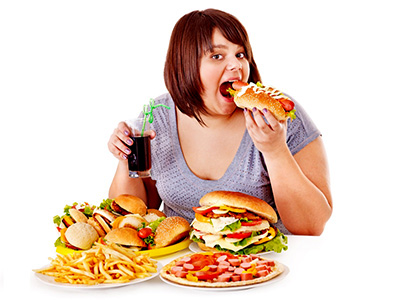 Evidence that humans belong to the group of multi-feeders, namely omnivores, is hidden in their teeth. Carnivores have only incisors and shredding teeth, while herbivores have incisors and grinding teeth. In humans, on the other hand, all of the incisors, shredding and grinding teeth are found together, that is, humans have the ability to eat and digest both animal foods and plant foods. So, it is clear that animal foods are part of the natural diet of humans. 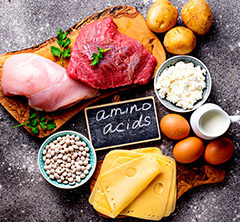 When animal proteins are eaten and digested, they pass into the blood as Amino Acids. Amino acids are not a source of energy, but they play an important role in cell structure, take part in the formation of tissues and bones, beyond these they play very important roles in the structure of many hormones and enzymes and in many biochemical activities. There are about twenty different types of amino acids, but nine of them are called essential amino acids. That is, they must be taken with food.

In addition to being a source of protein, animal foods also contain other very important elements such as vitamin B12, complex B vitamins, Iron, Zinc and Selenium for health and metabolism.

Animal proteins are very important in childhood and youth, that is, in the growth and development stages. After the age of growth and development is over, the need for animal protein decreases dramatically. As an answer to the question of how much protein should be consumed per day, scientific organizations recommend consuming 0.8 grams of protein per kilogram in adult humans. With an average calculation, the daily protein requirement of a 50-kilogram woman can be determined as 50 grams, and the daily protein requirement of a 75-kilogram man can be determined as 75 grams. 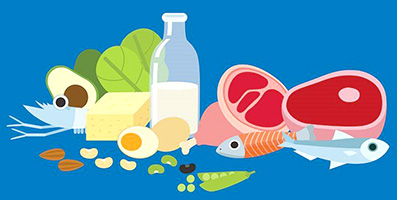 However, scientific organizations say that only fifty percent of the protein needs should be obtained from animal sources, the other fifty percent from protein-rich vegetable sources such as broccoli, mushrooms, nuts... 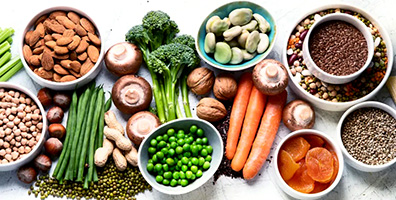 Since eating meat is a part of human's natural diet and meat has many beneficial properties, then why is it a matter of debate to eat plenty of meat? Because more of something useful is not more beneficial, and excessive protein consumption has very serious harms.

What happens to the excess of amino acids formed as a result of the digestion of proteins? Amino acids, which are formed above the needs of metabolism, cannot be used as an energy source and cannot be stored, so this needs to be balanced somehow. Here, the liver comes into play again, and excess amino acids are converted into ketone bodies and urea by going through some biochemical processes. The substance formed in this process is Uric Acid.

Uric acid is the only cause of Gout Disease, beyond that, the effects of uric acid on hypertension, diabetes and cardiovascular diseases have been scientifically demonstrated. Therefore, uric acid, which is formed as a result of excessive protein consumption, causes Gout as well as forms a basis for hypertension, diabetes and cardiovascular diseases. Some of the excess amino acid in the blood is also converted into sugar by the liver, this is called "Gluconeogenesis".

Detailed reading:
Association of plasma free amino acids with hyperuricemia in relation to diabetes mellitus, dyslipidemia, hypertension and metabolic syndrome,
Is There a Pathogenetic Role for Uric Acid in Hypertension and Cardiovascular and Renal Disease?,
Dietary Fructose and the Metabolic Syndrome 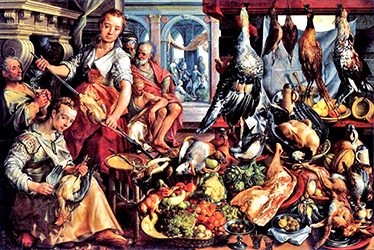 As a result of its evolutionary development, human metabolism perceives the increase in amino acids in the blood as a period of abundance. All living things evaluate these periods of abundance with growth, development and reproduction. When the level of amino acids in the blood rises, a hormone called IGF1 (Insulin like Growth Factor) begins to be secreted from the liver. The IGF1 hormone works together with the Growth hormone in the brain and begins to spread the message of growth, development and division to the cells. If there is nothing left to grow (after the age of 20 - 25) this message may be perceived by the cells as the message of grow, develop, divide and become cancerous. Numerous scientific studies show that there is a direct relationship between protein consumption and cancers.

Detailed reading:
Role of the GH-IGF1 system in progression of cancer,
Red Meat Consumption and Mortality,
Genome-Wide Profiling of Laron Syndrome Patients Identifies Novel Cancer Protection Pathways,
Low Protein Intake is Associated with a Major Reduction in IGF-1, Cancer, and Overall Mortality in the 65 and Younger but Not Older Population,
Red and processed meat consumption and mortality: dose–response meta-analysis of prospective cohort studies

Another reason why animal proteins cause cancer is the way they are cooked. When it comes to meat, no one thinks of boiled meat, but meatballs and kebabs cooked in a sizzling barbecue. In the fried parts of the meat that gives kebabs that nice smell and taste, there are:
- Heterocyclic Amines,
- Polycyclic Aromatic Hydrocarbons,
- And Chemicals called Advanced Glycation end Products. 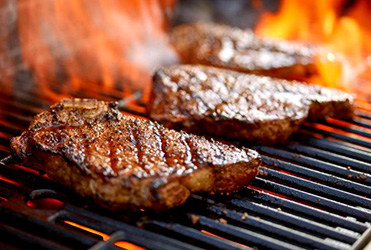 The first two of these substances are class 1 carcinogens. The relationship between animal protein consumption and cancers of the esophagus, stomach and intestines is largely due to these substances.

Finally, the harmful effects of excessive protein consumption are mediated by a substance called TriMethylAmine Oxide (TMAO). Incompletely digested pieces of meat and some of the amino acids are converted into TriMethylAmine Oxide (TMAO) by a group of bacteria in the intestines. This substance is extremely toxic and paves the way for cardiovascular diseases, kidney diseases, insulin resistance and some cancers. TMAO substance is considered as the strongest known atherogenic substance that causes arteriosclerosis. 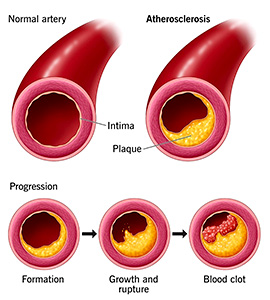 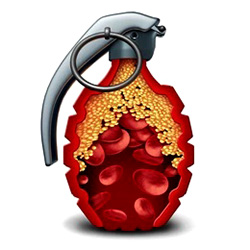 In a nutshell:
- Humans are omnivores and animal protein is a natural and important part of their diet.
- Meat is the only nutritional source of many essential amino acids and some vitamins, especially B12.
- Meats are also very rich in iron, zinc and selenium, which are essential for health.
- Meat of animals raised in natural conditions and fed on pastures and meadows is also rich in omega 3 fatty acids and CLA (Conjugated Linoleic Acid) which is also a healthy oil.
- It is possible to meet the animal protein need with 100 grams of yogurt per day, 3-4 eggs per week, and 200-300 grams of meat per week.
- Just because something is useful, more of it is not more useful! More is an important risk factor for the above mentioned chronic diseases.
- By the way, processed meat products such as sausage, ham, salami are much more harmful than the meat itself.

Meat and Eggs, Friend or Foe?

The egg represents the most raw form of a living thing, namely the embryo state. 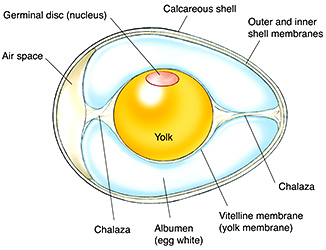 Eggs contain all the proteins, fats, cholesterol, vitamins and minerals needed to build a baby chicken. Hence, it creates an excellent food for humans. In a medium-sized egg of 50 grams:
- 77 Calories,
- 6.3 grams of Protein,
- Amino Acids such as Choline and Lutein,
- 5.3 grams of Saturated Fat,
- 212 milligrams of Cholesterol,
- Vitamins A and B,
- Small amount of Vitamin D,
- And minerals such as Calcium, Phosphorus and Selenium are found.

The majority of the eggs sold in the markets are the eggs of chickens raised in cages under inhumane conditions and fed with artificial feed. We can also define them as Cage Eggs. 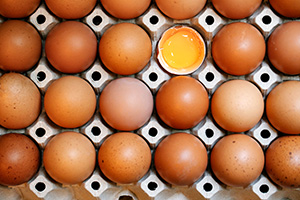 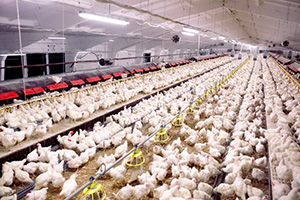 Organic eggs, by definition, are the eggs of chickens that are fed only organic feed, are not given antibiotics or vitamins, and are allowed to go out of the facility and roam freely at certain times of the day. In this respect, it is a slightly healthier and more humane method of cultivation.

And there are Village Eggs, which are real eggs. Village eggs are the eggs of chickens that spend most of the day outdoors and get most of their food from grasses, roots, seeds, insects and worms found in nature. These are real healthy eggs.

The difference between the rearing and feeding methods of chickens largely determines the content of the eggs and their contribution to health.

Concerns about whether an egg is a friend or foe are largely due to its high cholesterol content. A single egg contains 60% of the daily cholesterol requirement.

In the section on meat, it was stated that cholesterol taken with animal foods did not have much effect on blood cholesterol levels and did not cause cardiovascular diseases. Some studies in this direction say that eating 1, 2, 3, or even 4 eggs a day is not harmful. However, one thing that should not be forgotten is that when we say eggs, we do not only talk about cholesterol, besides cholesterol, eggs also contain high levels of saturated fat. Excess saturated fats are also thought to cause cardiovascular diseases. 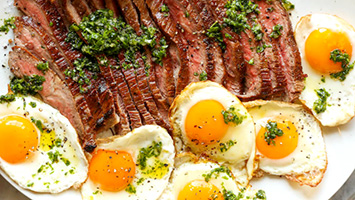 Detailed reading:
Egg Consumption Increases Risk for Diabetes,
Egg Consumption and Risk of Type 2 Diabetes in Men and Women,
Egg consumption in relation to risk of cardiovascular disease and diabetes: a systematic review and meta-analysis

Detailed reading:
Focus on the glycerophosphocholine pathway in choline phospholipid metabolism of cancer,
The role of choline in prostate cancer,
Choline metabolism in malignant transformation 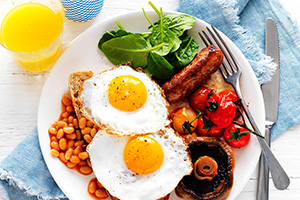 In fact, whether the egg will be harmful or not is mostly not dependent on the egg alone. Even a single egg can upset the balance in people who generally have an unhealthy diet, consume plenty of protein and saturated fats, and especially if these people have coronary artery disease or diabetes. On the other hand, there is no harm in an egg a day for people who do not have a disease and eat healthy. In short, eating 2-3 eggs a week may be beneficial, eating 2-3 eggs a day may be harmful.


With your healthy diet, boost your Nitric Oxide, Antioxidants and Omega 3 levels with Wellness Triangle, and regulate your Intestinal Flora with ReStore an innovative probiotic blend designed to organize your digestion. These supports will Prevent Cell Deformation, Protect Metabolism Health, and Prolong your Life Span (You will easily notice the changes on your body, but better is to get a blood test at the beginning of the cure, and preferably after three months of regular use, get a new blood test, and see all the regenerations on the results).